The spicy cayenne pepper  is known by many names, including the red hot chili pepper, the bird pepper, the cow-horn pepper, and the Guinea spice, but regardless of what you call it, its powerful effects remain the same: it can stimulate the regeneration of the body’s organs and tissues, and can even benefit the health and function of both the male and female sex organs because of its tendency to promote good blood flow and circulation.

Many experts in herbalism agree that the cayenne pepper is one of the most essential herbs in existence. Cayenne peppers stimulate a cold, lethargic body with their searing heat in the same way that a car responds to a jump-start on a freezing day. It sends the heart racing and awakens tired muscles.

The feeling of heat can sooth the pain of a bad back or even of arthritis. When it is used over a long period of time, even bigger benefits can be unlocked. Cayenne’s most important benefit is its dramatic effect on circulation: it increases flood flow to every organ, but especially stimulates the lungs and heart.

Like some other kinds of peppers, the cayenne pepper can aid digestion in a powerful way, and reduce the effects of unsanitary water and food on the body (though it should never be used as a substitute for proper sanitation procedures). In addition, cayenne peppers can help reduce the negative gastric effects of over-indulging with greasy or fatty food. Cayenne peppers can even speed up your basal metabolic rate and induce your body to burn more calories at rest. Not only that, but the act of eating spicy foods can have an effect on your desire to eat at all, lowering your appetite and making it easier to lose weight.

The effects of cayenne are so strong, that it makes an appearance in the Merck Manual and the American Illustrated Medical Dictionary. In these medical manuals, cayenne is indicated to be a stimulant, a soother of irritation, an aid to digestion, and a stimulator of circulation.

You might be shocked by a story of exactly how effective cayenne can be in an emergency:

According to some, cayenne can help stop a heart attack in less than a minute! In one instance, an elderly gentleman of about 90 years was suddenly afflicted with a heart attack, and his quick-thinking daughter opened his mouth and slipped cayenne inside. When the paramedics arrived, they declared him dead, but it was not more than a few moments later that he suddenly awoke.

He seemed dazed as they rushed him to the hospital, but his daughter continued to diligently offer him the pepper extract until they had arrived. When they finally made it to the emergency room, he was back to normal, and insisted that he just wanted to go back home and finish his yard work! Shocked by what he was seeing, the doctor assigned to attend the old man asked the daughter what medicine she had given to her father, since her father’s recovery was nothing short of miraculous.

(Of course, cayenne should never be used in lieu of professional medical attention in an emergency! This amazing story is just food for thought on the surprising effects of this pepper.)

The Key to a Long Life: Cayenne Pepper?

Cayenne pepper not only can make your mouth burst into figurative flames, but it can also make your body produce a lot of sweat. According to scientists, eating spicy foods on a regular basis can lower your risk of developing certain afflictions. Because of a key ingredient in cayenne, capsaicin, it is anti-inflammatory, in addition to lowering blood pressure and possibly lowering the risk of cancer. According to the British Medical Journal, people whose food intake includes many spicy elements have a decreased risk of heart and respiratory disease, as well as cancer.

In a study conducted by the Chinese Academy of Medical Sciences where more than five hundred thousand people from various parts of China were studied, adults who consumed spicy food regularly had a reduced risk of dying—14% lower than those who didn’t.

Having a regular dose of spicy food is also linked with a lower risk of dying from cancer, heart disease, and lung disease. According to The Journal of Clinical Oncology, applying capsaicin in a cream form can help reduce neuropathic pain among cancer patients who have undergone surgery.

In an issue of the respected New England Journal of Medicine, there is a letter to the editor sent by three doctors in Italy, describing a simple treatment that they had devised for a patient with severe indigestion (dyspepsia): they instructed the patient to consume cayenne pepper powder, and the intensity of his symptoms were greatly reduced, by over 50%.

During a study where thirty patients suffering from chronic indigestion were treated, 50% of the group received a placebo, and 50% were given capsules of cayenne pepper. The five-week long study included a rating system for the severity of the symptoms, where patients could rate their discomfort on a scale of zero (few symptoms) to three (more severe symptoms).

Cayenne pepper may prevent the development of gastric ulcer or eliminate the pain caused by it. While hot spices have a bad reputation in the context of an ulcer, the truth is that capsaicin in cayenne pepper has the ability to destroy invasive bacteria in the digestive system and reduce the inflammation in the body.

A 2010 review published in the journal Critical Reviews in Food Science and Nutrition reported that capsaicin slows the production of acid in the stomach, stimulates blood flow to the stomach lining and enhances the release of mucus in the stomach. All these actions aid in healing.

The capsaicin in cayenne pepper has anti-bacterial properties that also actively fight the Helicobacter pylori bacteria that can cause stomach ulcers. Cayenne pepper is high in vitamins A, B, C, G, iron and calcium, and contains magnesium, phosphorous, sulfur and potassium, which makes it a unique contributor to people’s health.

Place the ingredients (about 1/4 – 1/2 cup each) in a 1+ quart mason/glass jar. Add about 2 cups of Vodka and blend with a hand mixer. Put cap on and store in a dark area. Shake a couple of times a day.

After a few days you can start drawing some of the clearer liquid off the top into a dropper for therapeutic purposes! After a month or so, on a full moon day, you can strain it through a cotton cloth and put it in a glass jar. 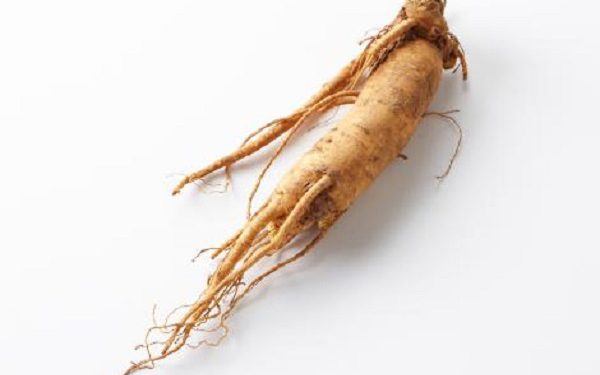 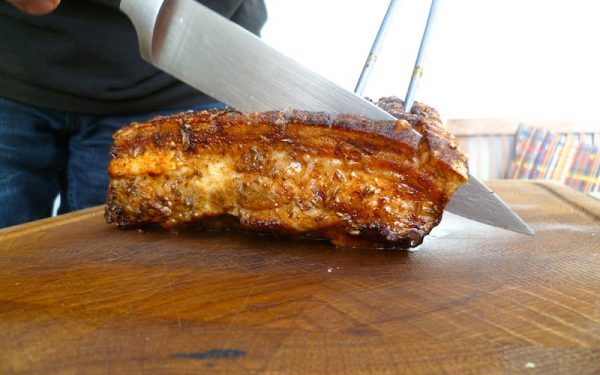 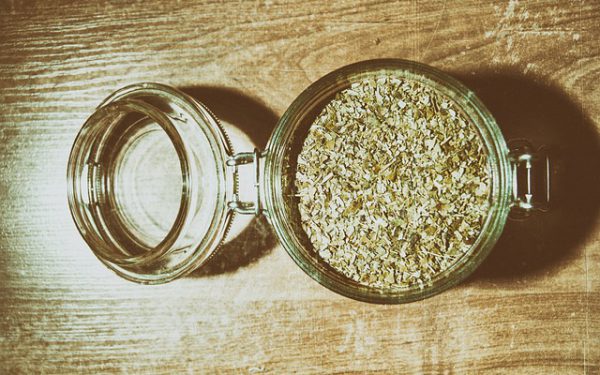 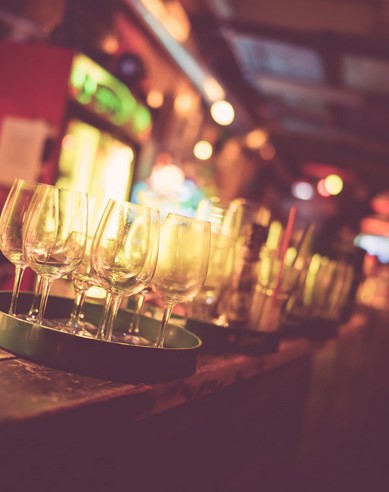 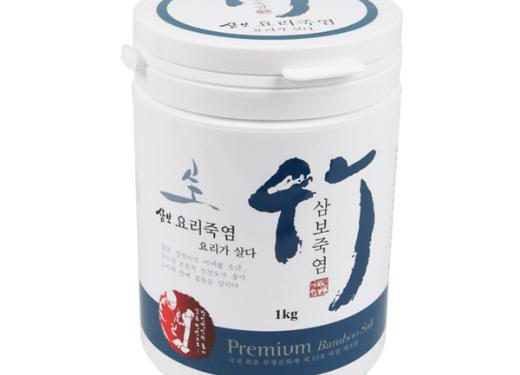 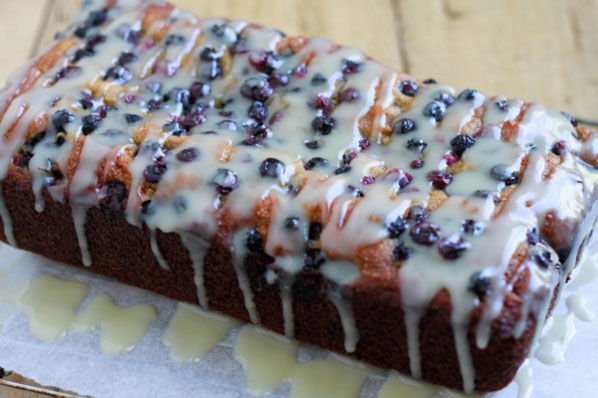 The Very Best Blueberry Lemon Bread You’ve Ever Tasted. (It is Grain Free and Paleo!)